by Nicolas Kayser-Bril In the United States, automated systems purge voters rolls and verify signatures. They sometimes discard valid votes, especially in historically marginalized communities. Such systems are unlikely to be as widespread in the European Union. 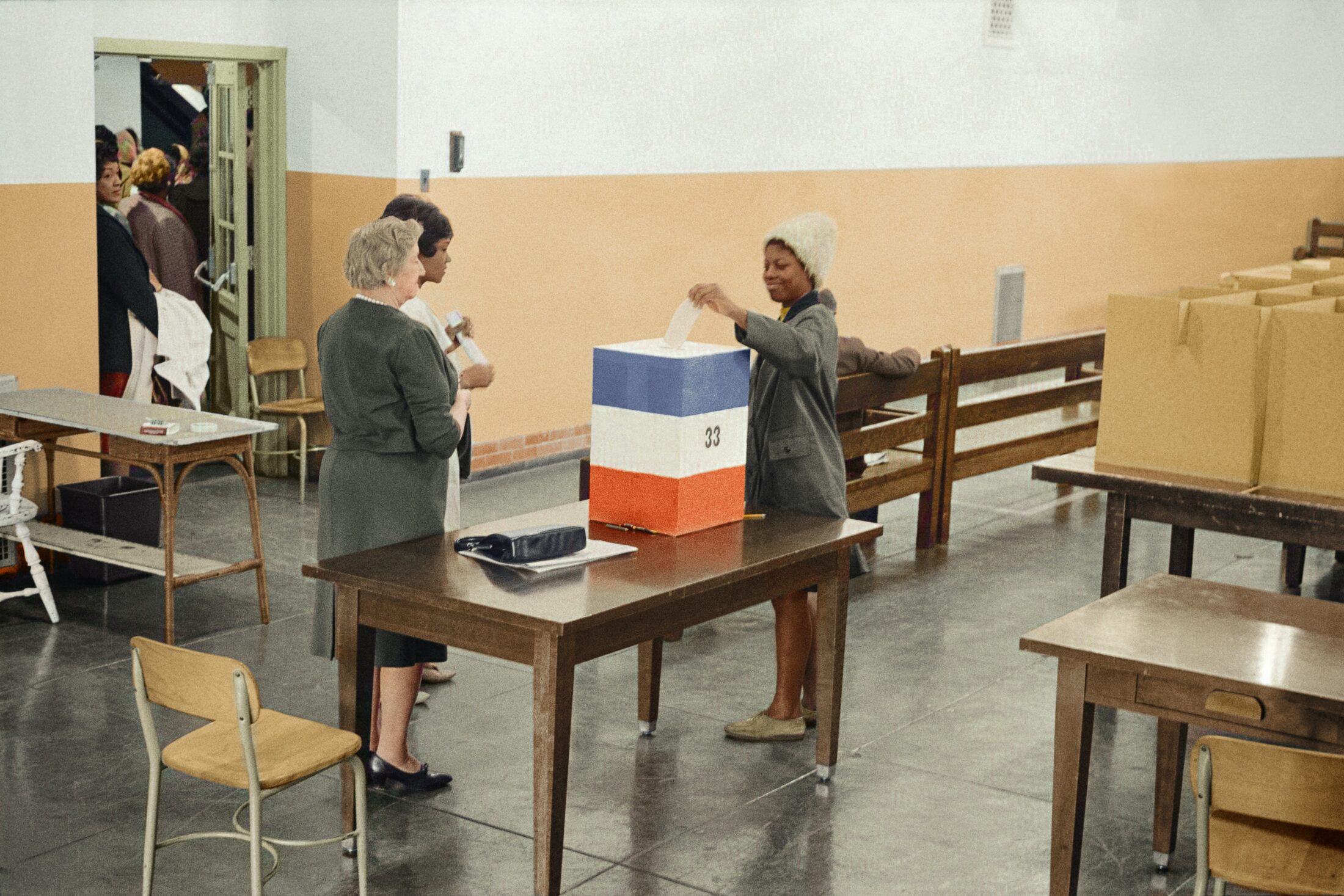 Sarah Bender, a post-graduate student at the University of Michigan Law School, will publish a note on “algorithmic elections” in the next issue of the Michigan Law Review. She has conducted the largest ever review on the deployment of automated systems in the United States' election process. She shared her findings with AlgorithmWatch.

Automated systems are also used to purge voters rolls. Such purges attempt to find people who are registered to vote twice, or who have lost voting rights after a criminal conviction. The process is usually automated. Election officials match one list (of people who lost their voting rights, for instance) with existing voters rolls. Reconciling both lists can lead to errors. Some people might have their names spelled differently in different databases, for instance. “Name-matching algorithms’ accuracy varies among racial and ethnic groups,” Bender wrote. Persons with Asian names may be at greater risk of being unfairly purged.

Some databases that are used to maintain voters rolls are not fit for purpose. Several states used the Systematic Alien Verification for Entitlements (SAVE) database to find non-citizens. But it often contains the names of persons who were recently naturalized and are eligible to vote. Using SAVE to purge voters rolls has been ruled illegal, but “other faulty inputs could be used in the future”, Bender said.

Purges can affect thousands. In 2016, the state of Arkansas removed 50,000 people from voters rolls. A subsequent investigation found that perhaps 60% of them were, in fact, entitled to vote.

The third area where automated systems decide on voting rights is signature verification. Matching signatures is especially important in mail-in voting, where voters send their ballot in the mail, certifying on a separate, signed piece of paper that the ballot is theirs. About 750,000 ballots were voided because of faulty signatures in 2016 and 2018.

Some states use Machine Learning software to automatically verify signatures. These systems are usually trained on native English speakers, making them much less accurate for others. State and software vendors do not have to disclose the accuracy of their tools, and the federal government provides no guidance as to what an “acceptable” error rate should be. The rate of true positives could be as low as 74%, meaning that a quarter of valid mail-in votes could be rejected. (Ballots are often reviewed by humans, so that the actual number of votes thrown out is likely lower).

AlgorithmWatch asked the election commissions of Norway, Sweden, Germany, Italy, Poland and France about their use of automated systems. Apart from France, which did not answer, none admitted to using any form of automation.

Most European countries have population registers which are directly linked to election rolls, making the need for purges much less acute. A person moving to a new city is usually required to register with local authorities. They, in turn, inform officials in the other city that the person should be removed from their records. “It is impossible for a person to be entered in more than one electoral roll,” said Kevin Kobold, a spokesperson for the German federal returning officer.

People can be removed from voters rolls following a penal conviction. In France, the operation is conducted manually at the municipal level. The national statistics office verifies voters rolls for any anomaly but has, so far, found none.

Elections are organized at different levels. National election commissions do not always control the whole voting process. Municipalities often carry out the crucial tasks of validating and counting votes. In Norway, some municipalities use scanners that automatically recognize ballots, Tore Bø Nyland, a press officer at the Norwegian Directorate of Elections, told AlgorithmWatch. But “the ballots must be counted three times as a minimum. At least one of the counts needs to be done manually,” he added.

The upcoming AI Act, which is currently debated at the European Council and European Parliament, could make the deployment of automated systems in election processes a “high-risk” endeavor. If it does (the text is not yet final), these would potentially need to be listed in a transparency register.

Sarah Benders' review found that many automated systems were deployed to find duplicate voters across state boundaries. There is currently no such verification for people moving between Member States of the European Union.

A person who moves from Spain to Germany can remain registered on the voters rolls of both countries. Whether or not they have the citizenship of both countries, they are eligible to vote in both locations for European elections. About one in thirty Europeans has the citizenship of another Member State (a Spanish national living in Germany, for instance). These 13 million people can potentially vote twice in European elections. It is unknown how many take advantage of the possibility.