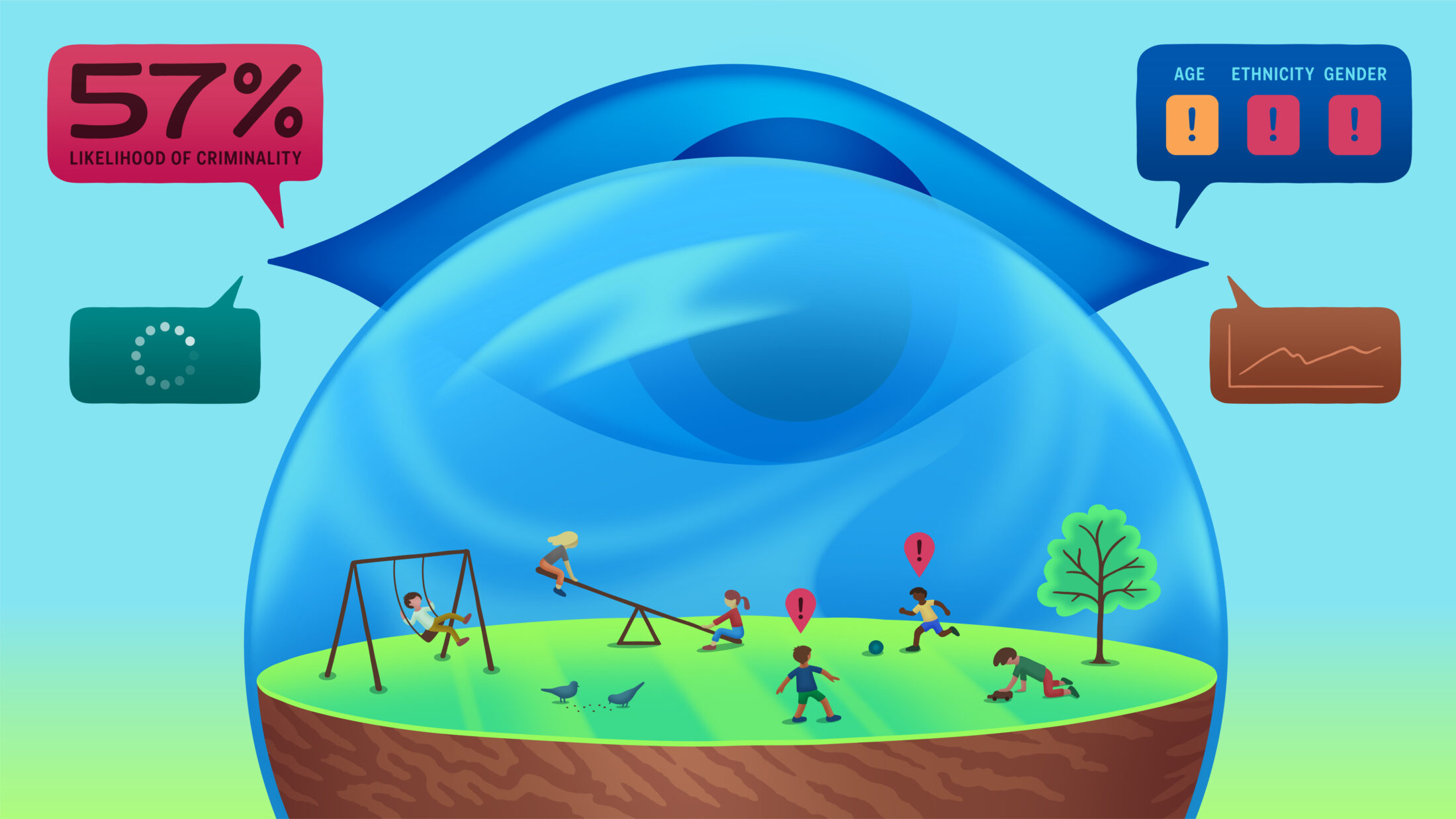 Artificial Intelligence (AI) systems are increasingly used by European law enforcement and criminal justice authorities to profile people and areas, predict supposed future criminal behaviour or occurrence of crime, and assess the alleged ‘risk’ of offending or criminality in the future.

However, these systems have been demonstrated to disproportionately target and discriminate against marginalised groups, infringe on liberty, fair trial rights and the presumption of innocence, and reinforce structural discrimination and power imbalances.

Fundamental harms are already being caused by predictive, profiling and risk assessment AI systems in the EU, including;

Predictive AI systems reproduce and reinforce discrimination on grounds including but not limited to: racial and ethnic origin, socio-economic and work status, disability, migration status and nationality. The data used to create, train and operate AI systems is often reflective of historical, systemic, institutional and societal discrimination which result in racialised people, communities and geographic areas being over-policed and disproportionately surveilled, questioned, detained and imprisoned.

Individuals, groups and locations are targeted and profiled as criminal. This results in serious criminal justice and civil outcomes and punishments, including deprivations of liberty, before they have carried out the alleged act.  The outputs of these systems are not reliable evidence of actual or prospective criminal activity and should never be used as justification for any law enforcement action.

Lack of transparency, accountability and the right to an effective remedy

AI systems used by law enforcement often have technological or commercial barriers that prevent effective and meaningful scrutiny, transparency, and accountability. It is crucial that individuals affected by these systems’ decisions are aware of their use and have clear and effective routes to challenge it.

The signatories call for a full prohibition of predictive and profiling AI systems in law enforcement and criminal justice in the Artificial Intelligence Act. Such systems amount to an unacceptable risk and therefore must be included as a ‘prohibited AI practice’ in Article 5 of the AIA. 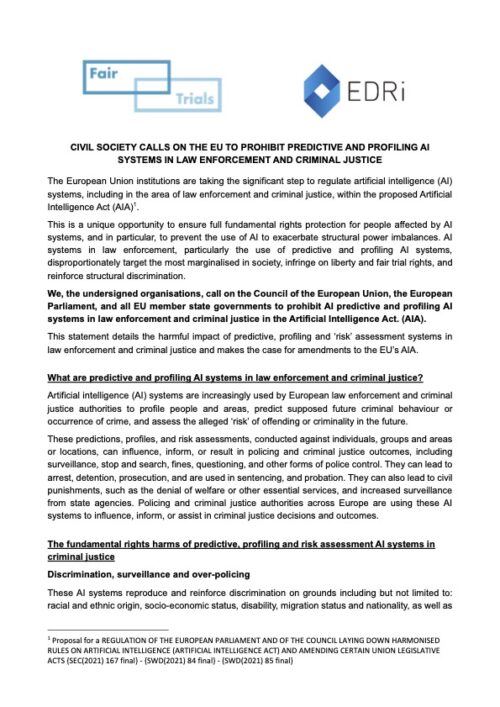