The Code of Practice on Disinformation is currently being revised to update commitments by platforms and industry to tackle the problem of online disinformation. In a joint statement with Access Now, Civil Liberties Union for Europe, and European Digital Rights (EDRi), we express our concerns over the lack of inclusion of third-party stakeholders in the revision process. 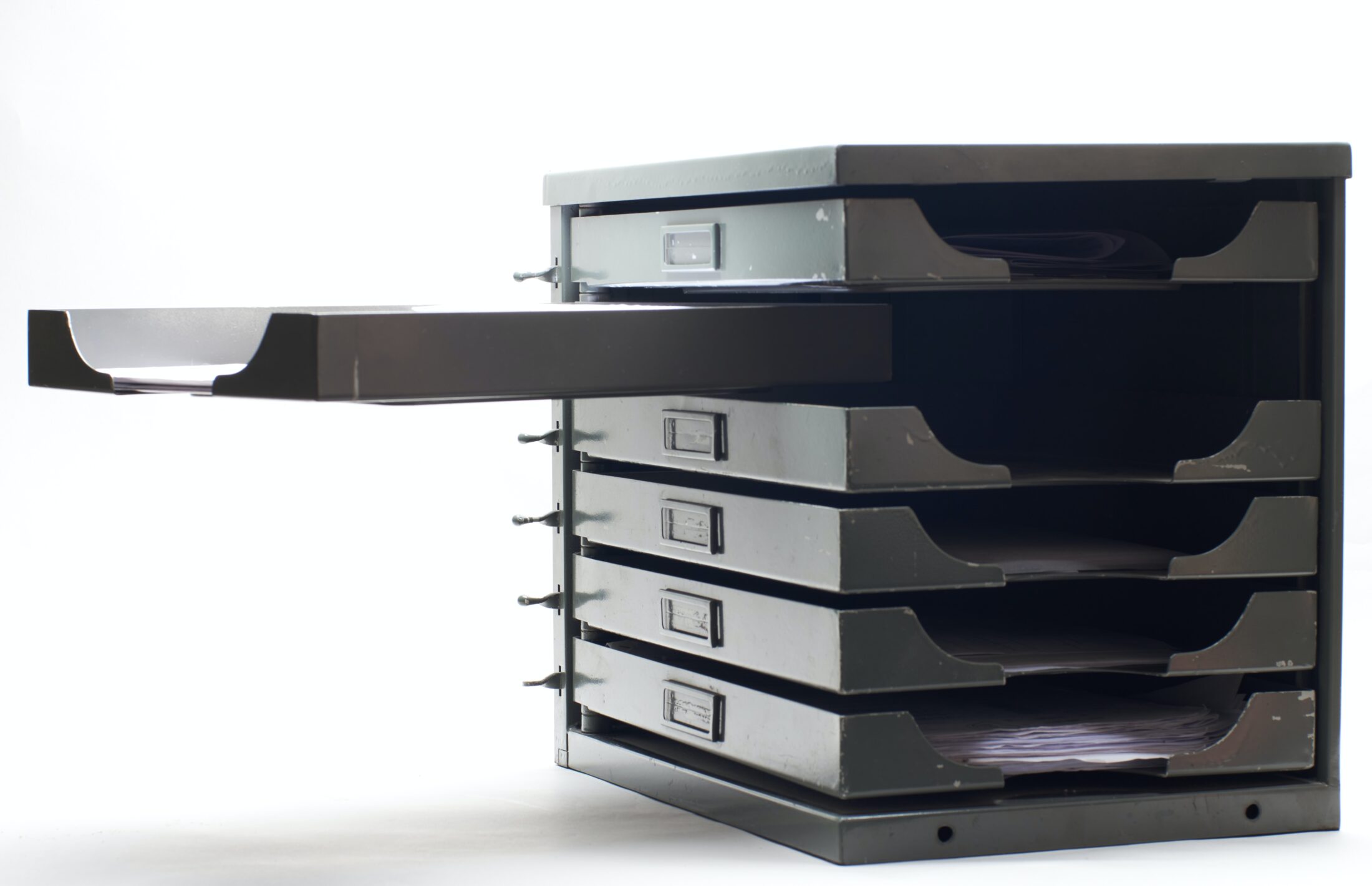 The Code of Practice on Disinformation sets out commitments by platforms and industry to tackle the problem of online disinformation. The revised Code, which builds on the commitments agreed upon in the current Code and on the 2021 European Commission Guidelines, is intended to serve as part of a co-regulatory framework with the forthcoming Digital Services Act (DSA) to help platforms mitigate risks stemming from disinformation. New and existing signatories to the Code have been working behind closed doors on a revised version since September 2021, which is due to be finalized at the end of March 2022.

Recently, several signatories met with third-party stakeholders to discuss draft sections of the revised Code for the first time. This meeting was organized by VVA Brussels and was also attended by representatives of the EU Commission, as well as an Honest Broker Team which is supporting the process of developing the revised Code. AlgorithmWatch, Access Now, and Civil Liberties Union for Europe were invited to participate in this meeting.

While we appreciate in principle the opportunity to be consulted in the revision process, it must be made clear that the meeting which occurred cannot and should not be characterized as a “stakeholder consultation” as was initially suggested by the meeting’s organizers. That’s in part because draft sections of the new Code were only shared on very short notice ahead of the meeting, making it unfeasible for most stakeholders to adequately review the texts or prepare meaningful feedback for discussion.

Third-party stakeholders were frankly blindsided during the meeting, which did not correspond with the agenda circulated in advance by its organizers. The agenda stated that the Signatories would give presentations on the revised draft sections of the Code, yet such presentations were not delivered. Instead, stakeholders were made to provide the substance of the meeting with their comments on the revised sections of the Code — and many of them found themselves unprepared to do so, since they had expected a prior presentation. It should also be mentioned that stakeholders were not notified ahead of time about who among the Signatories would participate in the meeting, which does not contribute to increasing the transparency of the whole process.

Given the unfortunate failure of this meeting, and with the revised Code of Practice due to be finalized in March 2022, the window for third-party stakeholders to properly consult on the revised Code is closing fast. Stakeholders have to this point only been provided with selected portions of the draft text, and if they are to be shown additional draft sections before the deadline, then it seems unlikely that his would happen in a manner that is timely for providing, much less integrating substantive feedback.

We therefore ask that stakeholders be given the opportunity to review the revised draft of the Code in its entirety and be granted an adequate period of time to analyze the text and provide comprehensive feedback. Only then would stakeholders have a basis for providing meaningful consultation on the revised Code of Practice on Disinformation.
We acknowledge any efforts to help protect our public sphere from the risks stemming from disinformation; however, meaningful, comprehensive stakeholder consultation must be more than just a box-ticking exercise. 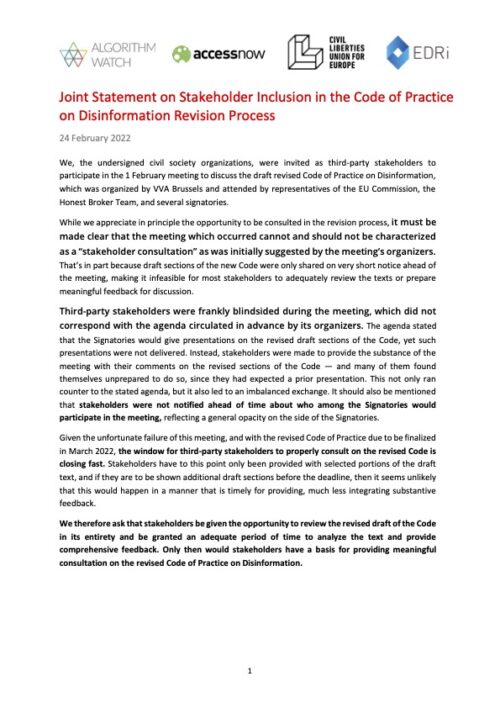