In Flanders, an algorithm attempts to make school choice fairer

by Koen Vervloesem In Belgium, some schools don’t have enough capacity for all students that want to go there. In the Flemish part of the country, the government introduced an algorithm to assign places in schools, in the hope of giving every student the same chances. 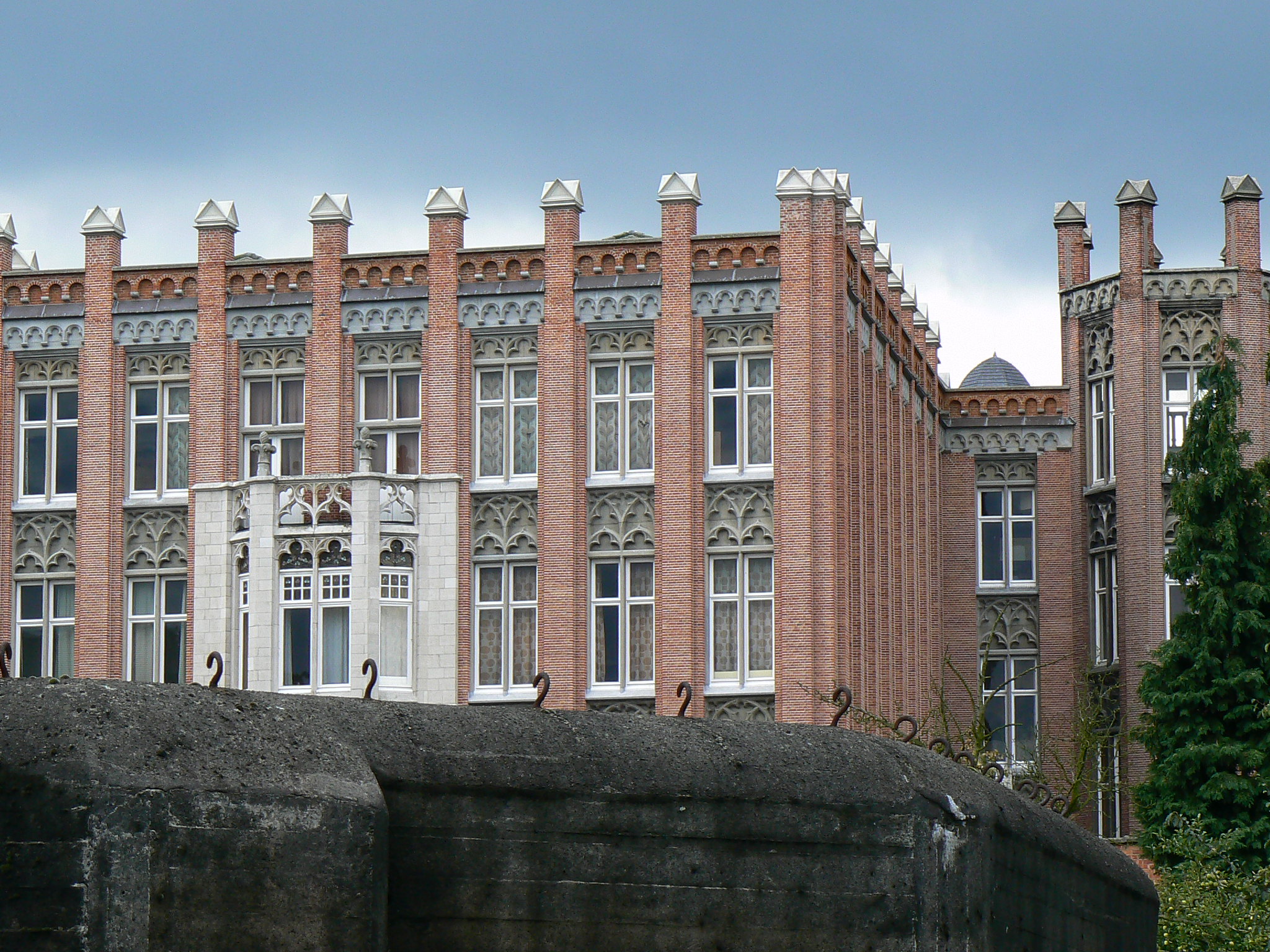 Belgium has a long tradition of free choice of school, but in recent years this has met its limits. Some schools are more popular than others. Because class sizes are limited, this is a problem if too many parents want to enroll their children in the same school. As a result, in many neighborhoods parents were spending several nights, sometimes up to a week, in tents outside their preferred school. This way they could be the first to enroll their children, because the rule was “First come, first served”. In bigger cities such as Brussels, Leuven, Ghent and Antwerp you could see such a long line of parents camping in tents.

This doesn’t seem to be a fair situation: not every parent can take a week off from work to get their children in their preferred school. Parents that don’t have this opportunity are forced to enroll their children in schools that they like less, such as a school that is farther from home or a school that has a lesser reputation.

Another solution would be to assign each student to a school using an algorithm. But it is not obvious to everybody whether that would be more fair, says Pedro De Bruyckere, an educator at Artevelde University College Ghent and a postdoctoral researcher at Leiden University: “Some people find camping before schools the fairest option because they can do something, while you don’t have any impact on an algorithm or a lottery. Others prefer an algorithm or a lottery for the same reason: no one can have impact on the system.”

In response to this situation, the Flemish government implemented in 2018 a mandatory central online system for regions or cities that have a capacity problem in their schools. This system uses an algorithm that decides in which school a child can enroll. After the decision, a child gets a ‘ticket’ to the school and can enroll in the school with this ticket. This should eliminate camping lines: if a school does not use the central online system, it cannot refuse a student; if it uses the system, it has to follow the algorithm.

But how would one algorithmically assign students to a school in a fair way? According to Bart Mesuere, a postdoctoral researcher on algorithms and data visualization at Ghent University, one evident prerequisite for a school enrollment algorithm is that it should assign as many children as possible to a school of their highest possible preference. On the other hand, the system should disappoint as few children as possible, meaning that the number of children that cannot enroll in any school in their list of choices should be minimized.

Mr Mesuere adds another requirement: children (or their parents) shouldn’t be able to ‘game’ the system with a clever strategy. “The algorithm should be maximally strategy-neutral. For instance, if the algorithm was programmed to avoid solutions where a student doesn’t get any of her preferred schools, someone who puts just one school on his list would benefit. That’s not OK.”

Mr Mesuere computed some numbers from the city of Ghent’s use of the system. In 2018, their central school registration system had 3,081 registrations for secondary schools. The city encouraged people to choose multiple preferred schools, and 720 pupils selected only one preferred school. Some children were not in these figures: children who have a brother or sister in their school of preference or a parent working in their school of preference automatically get a ticket for the school.

In 2018, 78.1% of the students in Ghent could enroll in their school of preference, 13.1% got assigned the second school on their list, 2.7% the third school of choice and 0.2% their fourth choice, while 6.0% of the students didn’t receive a ticket for any school (they can still apply to schools with free places).

This algorithm was strategy-neutral, but it had one big issue: one child could get the first choice of a second child while the latter also received the first choice of the former. The solution seemed simple: both could exchange their ticket and they would be happier then.

This situation actually occurred in Ghent, but the rules didn’t allow for exchanging tickets. This was a sensible rule: the whole point of the central registration system was to make the system more fair, but if students could exchange tickets this would give a strong advantage to families with a big social network.

However, the fact that these exchanges were possible and thus could improve the number of students assigned to their school of preference proved that the system could be improved without any disadvantages: the algorithm could automatically find these situations and randomly pick two children with the other’s preferred school and exchange the tickets before the results would be published. In 2019, these automatic exchanges were added to the algorithm, and the results were better indeed.

The Flemish government decided to lessen the social segregation by making classes more heterogeneous. The government originally devised a system of “double quota”: schools should delineate free places in two groups, one for disadvantaged students and one for privileged students. This social correction should lead to a more diverse social mix.

The delineation is quite simple: students are considered disadvantaged if their mother has not completed secondary education or if the student receives a bursary. Each school must have a given percentage of disadvantaged children, which they set in collaboration with other schools from a district. The school’s available places are assigned independently to disadvantaged and non-disadvantaged children. Only when all children of a group are assigned a place, and if the school still has free places reserved for that group, are students of the other group allowed to take these places.

The decision was controversial. Some privileged parents felt discriminated against and others found that freedom of choice of the school was more important than a better social mix. This resulted in a political compromise. In an agreement on 7 September 2018, the Flemish government decided that elementary schools would keep the double quota, but secondary schools would not have to.

The algorithm goes roughly like this. First, for each school in their list of preferred schools, students receive a random rank. After this, each school has an ordered list of students, numbered from low (they get the place) to high (they only get a place in the school if there are enough places). The school gives as many tickets to students as there are available places.

Now, if a student gets a ticket for more than one school, she keeps only the ticket for her first school of preference. She will lose her tickets for the other schools, and these schools now have an extra free ticket that they assign to the next student on their waiting list.

Only then are the tickets communicated to the parents, together with the place on the waiting list of their higher choices. With these tickets, they can enroll in their school.

According to Mr Mesuere, the algorithm that Ghent and Antwerp are using seems to work fine, but there are always other solutions possible. “However, the alternatives aren’t perfect either. It’s just a matter of weighing pros and cons, and this is a political choice. For some experts, strategy-neutrality is holy, while others prefer the best possible result for each student.”

In 2019, the decree that obligated the central online system for schools was revoked and the Flemish government is working on a new version. Mr De Bruyckere points out that the current situation could lead to problems: “Because there’s no legal requirement anymore, some schools will keep using the system, while others won’t.”

For secondary schools, one important factor that the algorithm doesn’t take into account when assigning a school to a student is the distance from home to school. This is an issue in bigger cities that attract students from far away. Leuven is such a city, and its mayor Mohamed Ridouani pointed out this problem when he announced in 2018 that his city would start with the central system in school year 2019-2020.

“If the capacity of our schools can’t be improved, I’m in favor of including the distance between home and the school as a criterion in the algorithm”, Mr Ridouani said. This means that students from Leuven and the neighboring municipalities would take precedence over students who commute to Leuven from much farther. “I just can’t explain to a mom from Heverlee [a part of Leuven] that her child cannot go to her first school of preference, while a student from Vilvoorde [30 km away] can go to school here, although that student from Vilvoorde could also go to school closer to his home.” With the current system, it is indeed possible that some students from Leuven cannot get a place in a school in their own city, while students from farther away can.

Pedro De Bruyckere adds that the problem is even more severe for schools for special secondary education (for students with learning or physical disabilities), which are even more distributed geographically: “Distance should be an important factor for these schools.”

Another problem is that a preference is not always ‘just’ a preference, especially in secondary schools. Mr De Bruyckere gives an example: “In Ghent there’s only one school where you can study sports, more specifically football. If a talented student who wants to become a top footballer doesn’t get the first choice, he or she can’t pursue this dream.”

Bart Mesuere adds that you have to draw a line somewhere, and this is a political choice too: “Most people will understand the importance of being able to choose a sports school, but what about other schools that are the only ones with a specific field of study? What about the only school in your neighborhood with maths/sciences/informatics if your dream is to become a scientist? Or what about the only school in town with a specific learning method?”