Together with Reclaim Your Face and 51 other civil society organizations, AlgorithmWatch calls for a meaningful ban of remote biometric identification systems in public spaces. In an Open Letter to Members of the European Parliament, we urge them to amend the draft AI Act accordingly. 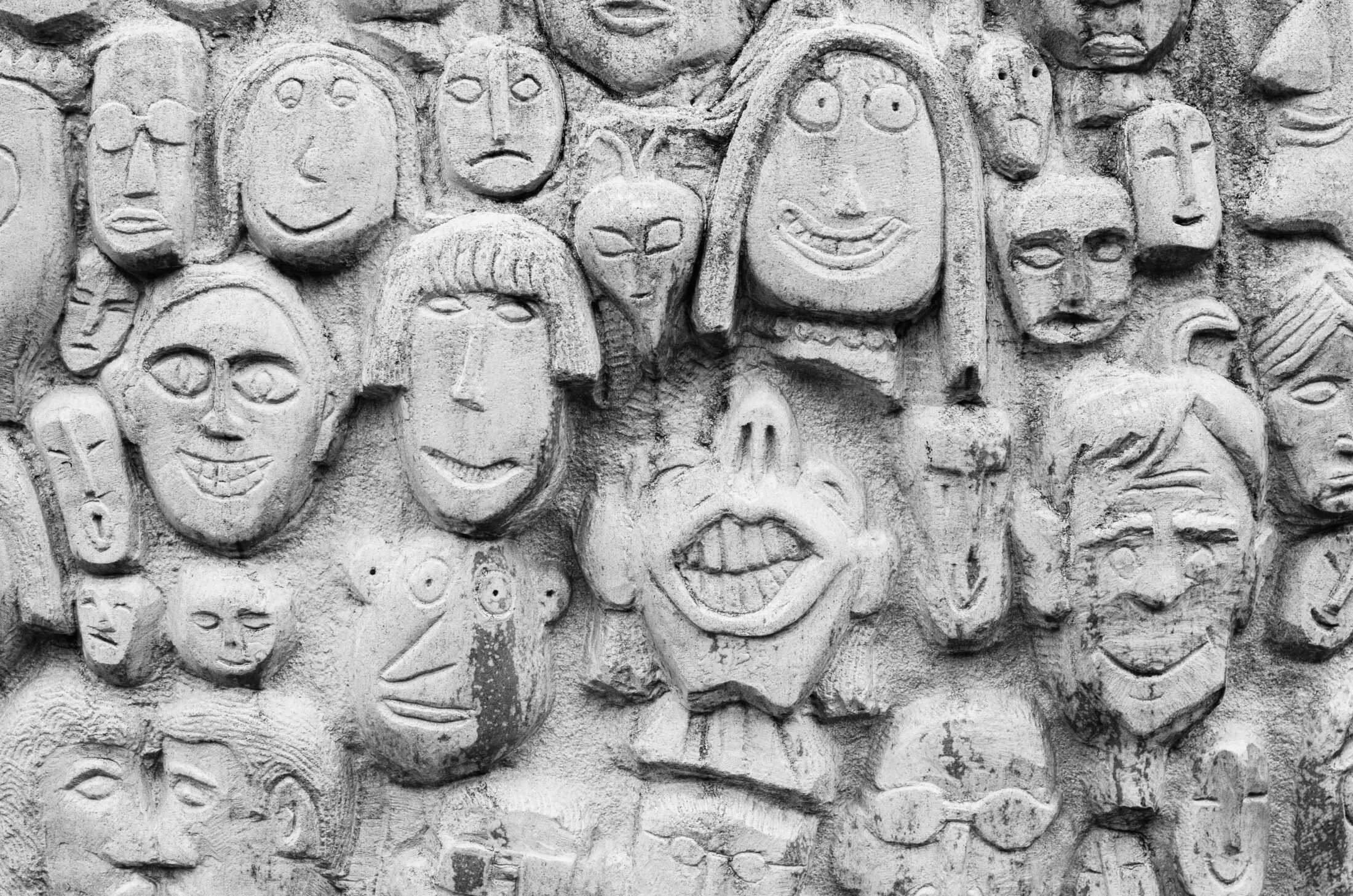 In Europe and across the world, the use of remote biometric identification (RBI) systems such as facial recognition, in our publicly accessible spaces, represents one of the greatest threats to fundamental rights and  democracy that we have ever seen. The remote use of such systems destroys the possibility of anonymity in public and undermines the essence of our rights to privacy and data protection, the right to freedom of expression, rights to free assembly and association (leading to the criminalisation of protest and causing a chilling effect), and rights to equality and non-discrimination.

These harms are not hypothetical.

Uyghur Muslims have been systematically persecuted by the Chinese government through the use of facial recognition. Pro-democracy protesters and political opponents have been suppressed or targeted in Russia, Serbia and Hong Kong through the use – and in some cases, even just the fear of the use of – RBI in publicly-accessible spaces. There is also already significant evidence that European residents have been systematically subjected to biometric mass surveillance practices. From football fans, to school children, to commuters, to shoppers, to people visiting LGBTQ+ bars and places of worship: the harms are real and prevalent.

Call for a ban

Against this background, we need an outright ban of remote biometric identification systems in publicly-accessible spaces. At EU level, the AI Act is the obvious way for the European Parliament to make a binding, impactful law. As the first region to comprehensively regulate Artificial Intelligence, the EU’s actions – or inaction – will have major ramifications on biometric mass surveillance practices in every corner of the globe.

To protect fundamental rights, the AI Act must prohibit all remote (i.e. generalised surveillance) uses of biometric identification (RBI) in publicly-accessible spaces by:

The EU aims to create an “ecosystem of trust and excellence” for AI and be the world leader in trustworthy AI. By accomplishing these aims, we can promote AI that really serves people, while stamping out the most dangerous applications of this powerful technology.

The EU’s way must be to truly put people at the heart, and to put forward amendments to the IMCO-LIBE report on the AI Act which will ensure a genuine ban on biometric mass surveillance practices.

This article is in relation to an open letter sent by 53 civil society organizations to Members of the European Parliament. Read the open letter here: 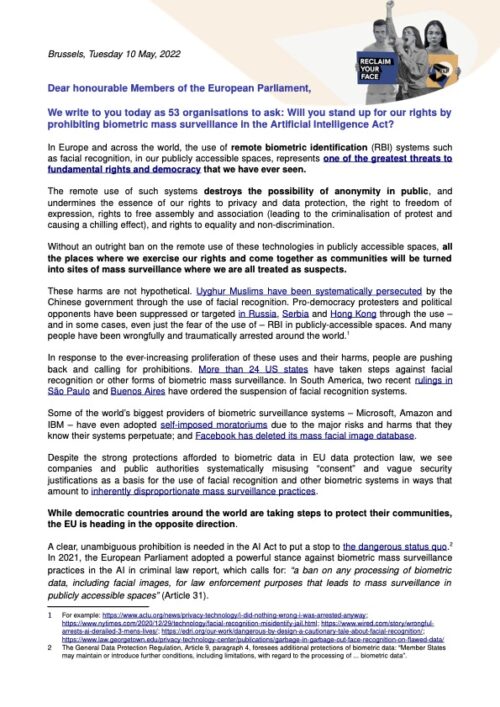