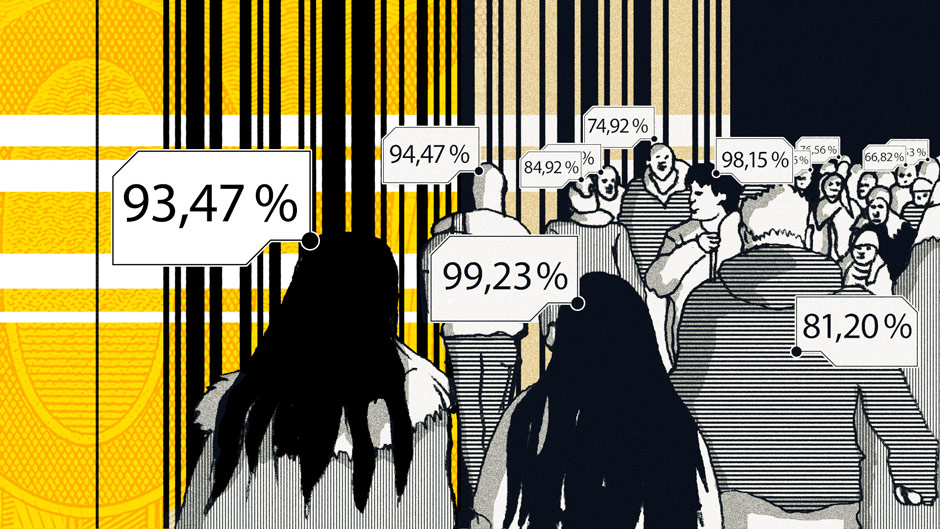 Under the heading “SCHUFA, a black box“ Spiegel Online (Link) and Bayerischer Rundfunk (Link) both posted an article yesterday after the data journalists of the two German media companies analyzed about 2000 credit reports donated to OpenSCHUFA during an investigation on the most well-known credit rating agency in Germany. In spring this year the Open Knowledge Foundation Germany and AlgorithmWatch started the project OpenSCHUFA – and Spiegel Online supported the project as media partner. Following a successful crowdfunding, more than 3000 people have donated their SCHUFA reports by now using the online portal specifically developed for this campaign.

The editors emphasize that the data available to them is by no means representative. Nevertheless, they could identify various anomalies in the data. For instance it was striking that a number of people were rated rather negatively although SCHUFA had no negative information on them, e.g. on debt defaults. There also seem to be noticeable differences between different versions of the SCHUFA scores. The credit report agency offers to its clients (such as local banks or telecommunication companies) a score that is specifically tailored to their business segment. In one of the available cases the scores differ by up to 10 per cent between version 2 and 3, depending on the version of the scoring the client uses as a reference. This is an indicator that the SCHUFA itself deems its version 2 to be somewhat lacking. However, version 2 is apparently still employed by SCHUFA clients.

The article expands on the expert report the Consumer Affairs Council recently published on “consumer friendly scoring” which demands that the scoring agencies improve their information policy and provide more transparency. The editors quote the US-American agency Fico as a positive example for trying to convey fairly comprehensibly how its scoring algorithm works.

At AlgorithmWatch we are pleased with the work of Spiegel Online and Bayerischer Rundfunk. It demonstrates that with crowdsourcing we can at least begin to shed some light onto socially relevant automated decision making tools. The clear presentation for which both media companies produced their own graphics and explanatory videos makes this rather complex issue easily accessible. Sadly the SCHUFA again chose a strategy of forbidding the editors to cite or present even a digest of the extensive answers to their questions.

Last night ARD’s economy TV show PlusMinus presented a program on the investigation of the two editorial teams. In addition Spiegel Online and Bayerischer Rundfunk published a background piece on the methods they used to analyze the data. In the next days both want to publish further articles about the SCHUFA agency.

Overview of the latest reporting (in German)