Brexit: How EU nationals navigate the automated checks of the “Settled Status” program

by Hugo Barbieux The British Home Office deployed a mobile app for EU citizens to obtain permission to stay in the UK. Some are confident about the partly automated process, others live Kafkaesque experiences. 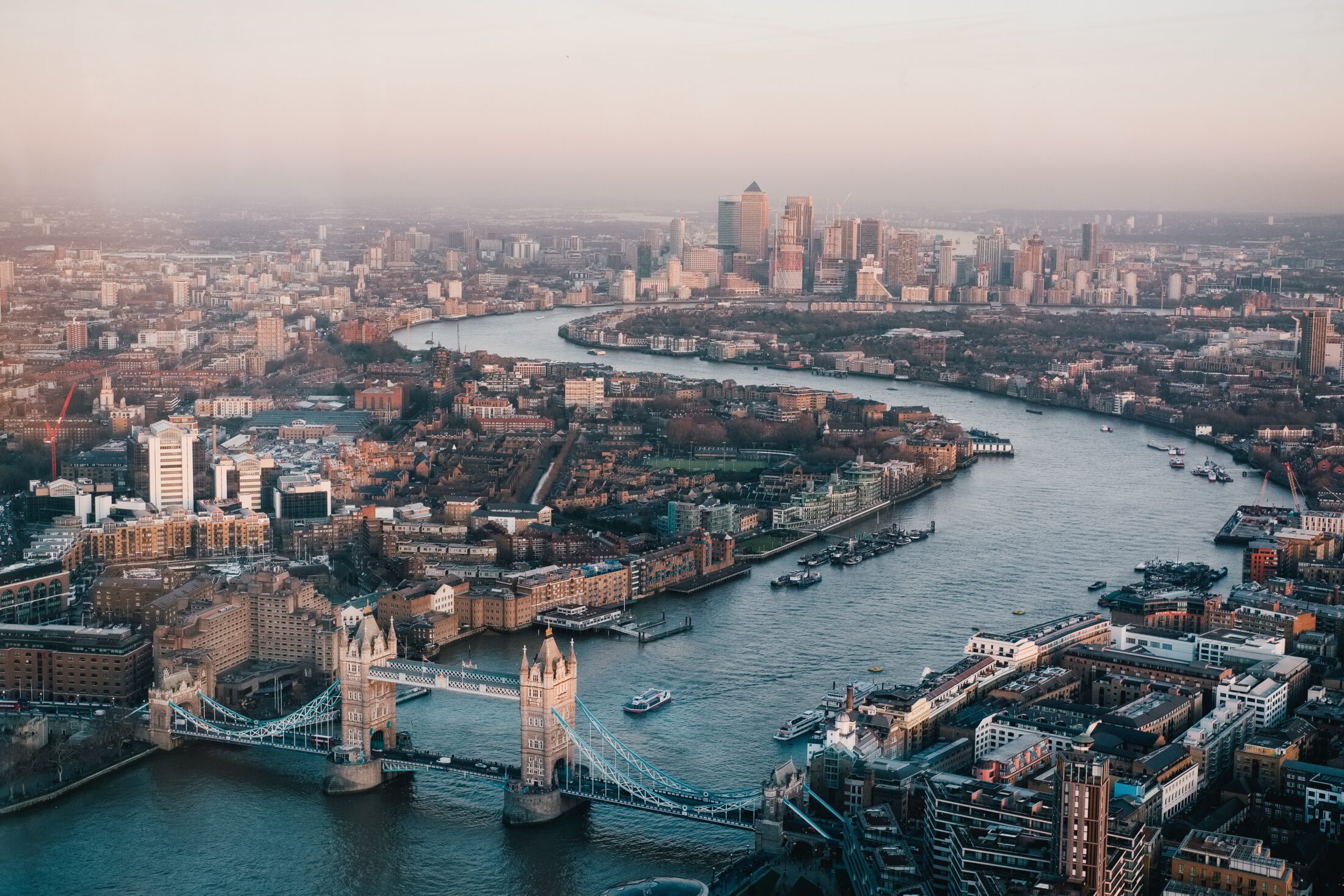 Pablo Duro, a 28-year-old Spaniard, is a PhD student and member of staff at Manchester Metropolitan University. He started his research work last October. A few months ago, he received the “Pre-Settled” status, which he will have to renew in five years. To obtain “Settled Status”, which would allow him to remain in the UK for good, he would need five years of continuous residency on the island.

He said that remaining a European citizen in the UK was not a concern even though Brexit preparations were already in full swing.

Being an immigrant was no big deal, he said. He heard about the settlement procedure and the mobile app it involves during a chat with another Spanish citizen.

Mr Duro visited the Home Office’s website and simply followed the steps. He had to complete a form and to download a mobile application in order to verify his identity. A scan of his passport and a picture of his face were the only required documents. He said it went very quickly. He received within five days a notification in his mailbox confirming he was granted the Pre-Settled status.

He will have this status for five years and will be able to apply again for Settled Status after this period. Mr Duro said the process was clear and concise, adding that he considered sharing personal data through this app was safe, as it had been created by official institutions.

The Tilbrook family, in Newcastle, would certainly envy such an experience. The family’s grandmother, who is 80 and asked not to be named, went through a distressing settlement process. She had to request the help of her son-in-law to download the app and fill out the application form.

The elderly Danish woman worked in paid employment in England for three years from 1961 to 1964 before working at home, like many women of her generation, said her daughter.

After a first failed attempt during which her obviously legitimate settled status was refused, she received a temporary status only. Her daughter Jane and her husband then took to social media to share her experience and used a contact in the administration to understand what was lacking from the application. After they uploaded additional documents, Jane Tilbrook’s mother was granted settled status.

Highly dissatisfied with the process, Mr Tilbrook, 60, said his mother-in-law was tech savvy for her age - she owns and uses a smartphone - but this operation was “way beyond her”. He said using near field communication, or NFC, to upload the details of a passport chip is beyond the abilities of most people he knew, let alone an 80-year-old, he added.

He explained that she would have been completely unable to upload the required documents. When he did it, the first run took him two hours. The second was even longer.

Mr Tilbrook described the process as “very intimidating”. His mother-in-law very reluctantly shared private information, and like a lot of women of her age, most of the required documents were written in her husband’s name. Additionally, she understandably wanted a written document confirming her status, but the app only provided an electronic confirmation.

The Tilbrook family’s case is not isolated. Similar examples can be found on Twitter, for instance. The account “EU Settled Status Horror Stories” lists tweets from EU nationals who complained about the process.

The British Home Office said that on 30 March 2019 they launched a simple and free system, following multiple tests. A public test received over 200,000 applications of nationals from all 27 EU countries ended on 21 January 2019, according to Home Office data.

The Home Office justifies the data sharing process and automated checks they use in a “Processing Level Memorandum of Understanding”. It states that the algorithm in use was developed to support the EU Settlement Scheme and manage the influx of applications as the UK leaves the EU. According to the document, that approach reduces the Home Office’s reliance on paper documentation, reduces processing time per case, reduces fraud and errors and improves the user experience.

Applicants who downloaded the “EU Exit: ID document check” app are required to complete five key steps: take an image of the personal details page on either their passport or identity card. Then, scan their document with their smartphone, using the NFC feature. The smartphone then reads the contents of the electronic chip stored inside modern identity documents. The applicant must then take a video and a photo of her or his face. Finally, she or he must answer an online questionnaire. Additional documentation may be required along the process.

This is not the end of the journey. Applicants are invited to provide their National Insurance number to verify their residence history in the UK. This is not a mandatory step, but official documentation says that applicants who do will not have to provide further evidence. This step uses an algorithm-based verification.

Automated processing of tax and other benefits records are only carried out in the situation where applicants provide their National Insurance number. This automated check is done against records held by the tax authority (HMRC) and the Department for Work and Pensions (DWP).

But not everyone has a National Insurance number. And the online process caused several problems (such as email providers erroneously marking official messages as spam), some of which were spotted during the beta version and subsequently fixed. Eventually, a caseworker looks at the application and makes the final decision.

Lastly, Home Office documentation states that applicants can also post their identity documents to be checked and returned to them by post or go in person to a local authority to have their passport or biometric residence card checked manually.

The Home Office’s explanation of the app uses a surprisingly reassuring tone, considering that Mr Tilbrook said he did need to enter a National Insurance Number for his mother-in-law, adding that he was not informed of the existence of an alternative for using the app. “The algorithm simply doesn’t fit,” he said.

“Settled” strongly recommends EU citizens to begin applying for Settled Status well before the application period ends on 30 June 2021. Applicants with atypical profiles may find challenging to obtain the right status, a spokesperson for the charity said.

Lily Beurrier, a French citizen who moved to the UK in 2003,applied for EU Settled Status in June 2019, two years before the official end of the process. She said she was fired from her work and feared this could impact her chances of obtaining Settled Status.

She describes herself as confident when using IT software and she thought the process would be quite straightforward. She says that the application on the app was fairly easy, yet slightly frustrating at times. For example, she had to scan her passport, which took a couple of attempts for it to work. The most frustrating part, she says, was to have the right light in the room for the app to recognize the passport and accept her photo.

After an approximately ten-minute long process, she received a result: "application denied".

“I never thought this could have happened to me, she said. I had been living in the UK for over 15 years with the same amount of years employed by the same employer. It was a real shock”.

She contacted the government helpline by phone, in vain. She then complained on social media and miraculously, the BBC got in touch with her. Her interview and contacts with journalists allowed things to move slightly forward.

The Home Office advised her to provide further evidence of residence. Her employer wrote a letter confirming 15 years of continuous employment in the UK.

Interestingly, she said she was advised to use her computer rather than the app to upload the letter. A couple of weeks later, she was granted  Settled Status.

Ms Beurrier said this was a very challenging and upsetting process and that she felt "cheated" by the app. For example, the questionnaire does not consider the social aspect of her application. “How could an app or automated platform decide on my future in the UK? I am married to an English man and both our children were born in the UK”.

Lady-Gené Waszkewitz’s story also defuses the theory of the age gap between young tech savvy students who can easily deal with apps, and elderly people confused with smartphones. The 28-year-old German moved to the UK in 2011 as a pupil barrister. In total, she studied for five years in the UK. But she, too, struggled to obtain her Settled Status.

She said the app was not compatible with all devices, meaning she needed to take time out of her workday and go to Southwark Council to have her passport scanned and complete this first part of the process.

Then followed for her a long, tedious protocol to photograph five years’ worth of bank statements, council tax exemption forms, enrolment certificates, tenancy and employment contracts and forms to account for her time living in the UK for five continuous years, the minimum needed to obtain Settled status.

She says the process was not at all straightforward because she, like many others, did not have all these documents conveniently at hand but had to contact relevant agencies and authorities to obtain them - including her university overseas.

“I did not feel particularly overwhelmed by the process but rather annoyed at having to obtain this information which should be readily in the Government's hands through my National Insurance number, for example”, she said.

Lawyers instructed over the summer by The Legal Education Foundation (TLEF) wrote in a public opinion that the Settled Status process did not look at DWP data concerning child benefits or child tax credits, and thus could be discriminatory towards women. According to their report, 87% of child benefit recipients were female.

Ms Beurrier confirmed that she was indeed recipient of child tax credit for her children. It is very likely that the automated checks could not find evidence of residence for more than six months in any 12-month period. “I never thought to mention or refer back to the child tax credit”, she said.

Furthermore, the lawyers pointed out that the process of proving documentary evidence is far from easy and that the Home Office gave very few clues on what type of document better supports one’s application. Connected to this idea, Mr Tilbrook said the process does not take pensions into account. His mother-in-law receives the basic one. “They know she’s been in the UK”, he said.

Despite these woes, the Home Office published satisfactory figures. Public data released puts the total number of applications received up to 31 January 2020 at more than 3.1 million. 88% of applications received have been processed: 58% were granted settled status, 41% were granted pre-settled status, and seven applications were refused on suitability grounds. However, given that no precise estimate exists of the number of EU citizens in the UK, it is too early to call the scheme a success.