The Polish government's mandatory "Home Quarantine" app was supposed to replace home police visits. Users say it is a joke. 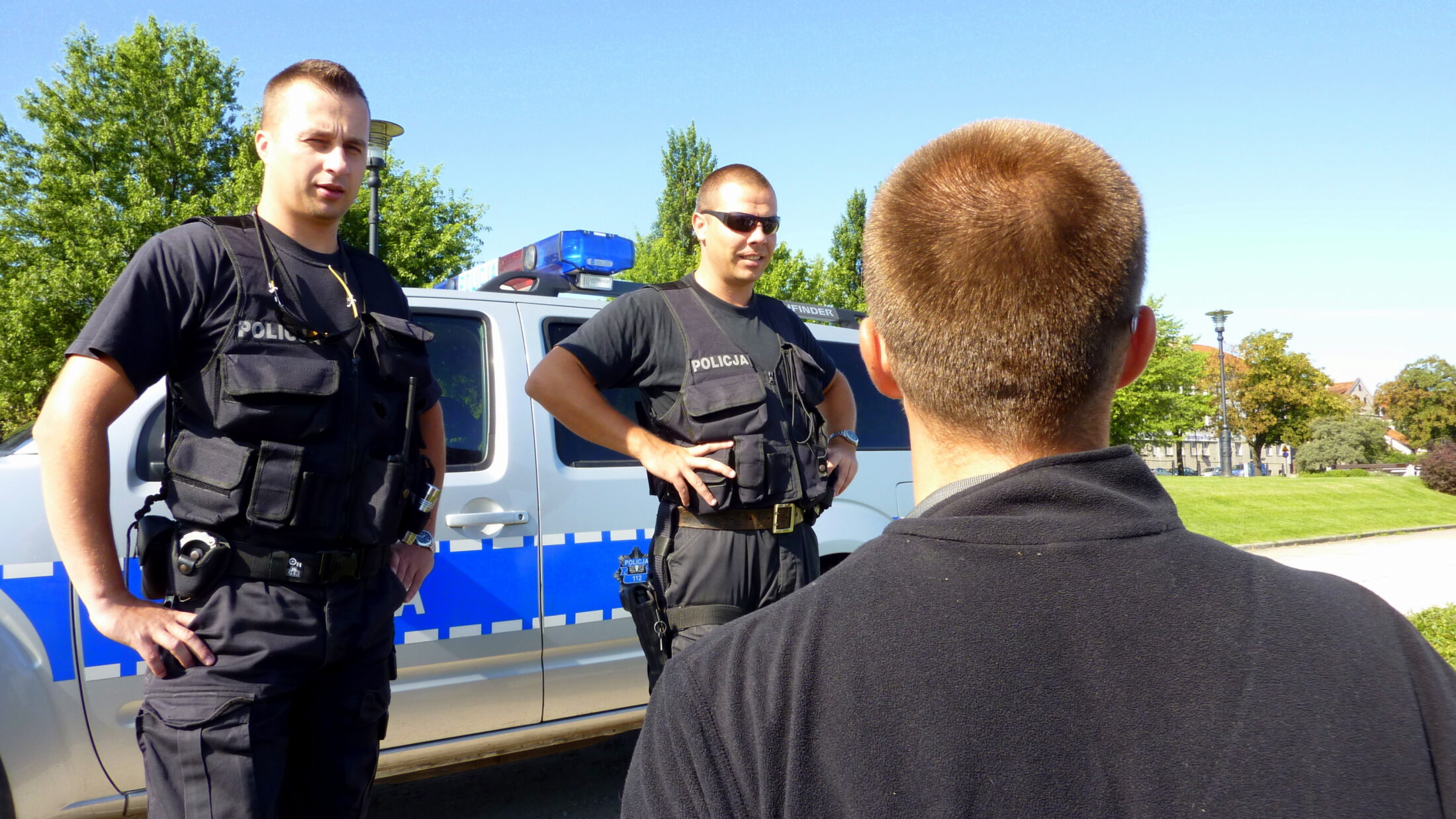 On a train to the city of Wrocław during the first chaotic weeks when Poland was under lockdown in April 2020, Sławomir Gadek wrote his phone number on a form. Shortly afterwards, he got a phone call instructing him to quarantine, and he promptly downloaded the Polish government’s brand new “Home Quarantine” app, which had just been made mandatory for anyone potentially infected with the coronavirus.

Here, Gadek would have 20 minutes to take a selfie for the app after receiving a text message. The tracking system would then use his smartphone’s GPS location data to connect to a nationwide database for quarantined individuals to verify that he was at the address he had given to the health authorities. If the app didn’t recognize his face or location in time, it would automatically alert the police to go to his house to check on him.

When the Polish government introduced its “Home Quarantine'' app (a first of its kind in Europe) in March 2020, the Ministry of Digital Affairs boasted that Poland was a pioneer in developing new technologies in the fight against Covid-19. But since then, the app has become a joke: people have shared tips on how to fool the app by manipulating the location settings on their phones and made memes of themselves taking outdoor selfies while holding cardboard cut-outs of their rooms.

Upon arriving home in April 2020, Gadek used the app for a week. It had been promoted to him as, in his words, a “more convenient way to confirm to authorities that I am really quarantining and to avoid visits from the police.” But this was an empty promise.

He received three notifications a day and promptly responded with a selfie and his location details each time. But two police officers came to his flat once a day anyway. They called him each time using a different mobile number and asked him to come out on his balcony and wave at them. “I don’t know why they always use different numbers”, said Gadek. (As a member of the left-wing opposition party Razem, he often has contact with police officers, most recently when he helped organize a protest in the western town of Lubin, after a man was killed in police custody this August.)

“Of course, this was the early days,” says Gadek.

Fast forward twenty months and users continue reporting the same problems with the “Home Quarantine” app. GooglePlay and AppStore users still claim that the app does not work properly — Of the more than 20,000 reviews, the overwhelming majority were negative. One user, Pawel Fuchs, wrote: "It's some kind of failure, the first couple of days it worked and then it didn't anymore and the police are bothering me because I supposedly don't do my tasks. I do not, because I do not get them."

While some users make memes about evading the app, others complain to the Polish Personal Data Protection Office.

"The majority of complainants expressed their concerns about the security of data processed in the app, the requirement to install the app while returning from abroad, or issues related to providing consent for processing of personal data,” says Adam Sanocki, the spokesman of the Personal Data Protection Office.

In contrast, Sanocki said his office only received two complaints to indicate the app was not working properly. One of them could not register in the application, and another received text messages reminding them to install it even though the quarantine did not apply.

I can testify to the app’s problems myself: In April 2021, one year after the app became mandatory in Poland, I had to quarantine as I waited for the results of a Covid test. I received a text message–"You are quarantined. You have a statutory obligation to use the Home Quarantine app"--and downloaded the app. It asked me for my phone number, requested access to my phone’s camera and location and for me to upload a selfie.

The app informed me that, during the next 10 days of quarantine, at any time of the day or night, I could expect instructions to take a selfie within 20 minutes to confirm that I was staying at the same place. Failure to complete the task, I was told, would result in a police patrol coming to check that I was following the quarantine rules. Unlike Sławomir Gadek, the app did not send me any notifications during my quarantine. I also did not receive any phone calls or visits by the police.

The app's terms of service also say that users’ photos and the photos taken by users and their data are only stored and processed on government servers only while they remain in quarantine.

However, a few months after my quarantine, when I reinstalled the app to do research for this article, I was troubled to find that I could still log into it. It also showed the wrong date of my release from quarantine. Under Article 15 GDPR, I repeatedly asked the data protection officer of the Department of Digital Affairs  what kind of data is still being stored about my quarantine. I received no answer.

With so much intrusion into the privacy of citizens, is the app even effective? According to data provided by police, since the beginning of the pandemic police have visited people under quarantine more than 82,5 million times.

When Gadek downloaded the “Home Quarantine” app in April 2020, some of his acquaintances were wary of “unnecessary tracking via government apps on their phones,” he says. Back then, Gadek says, “I did not expect our government to be so advanced at using surveillance tools to track citizens right away as the pandemic started.”

Twenty months later, he maintains, “It is not an advanced app. My guess is that this is mostly theater, like an excessive search at the airport. People feel they are being watched, so they behave.” At this point in our Skype conversation, he caught his girlfriend’s eye offscreen and laughed: “No, I was not going to say “panopticon.””