by Nicolas Kayser-Bril
and Stefano Montali In August, the Finnish delivery service Wolt published its first “algorithmic transparency report”. We asked three couriers about their experiences. They don't always match the report’s contents. 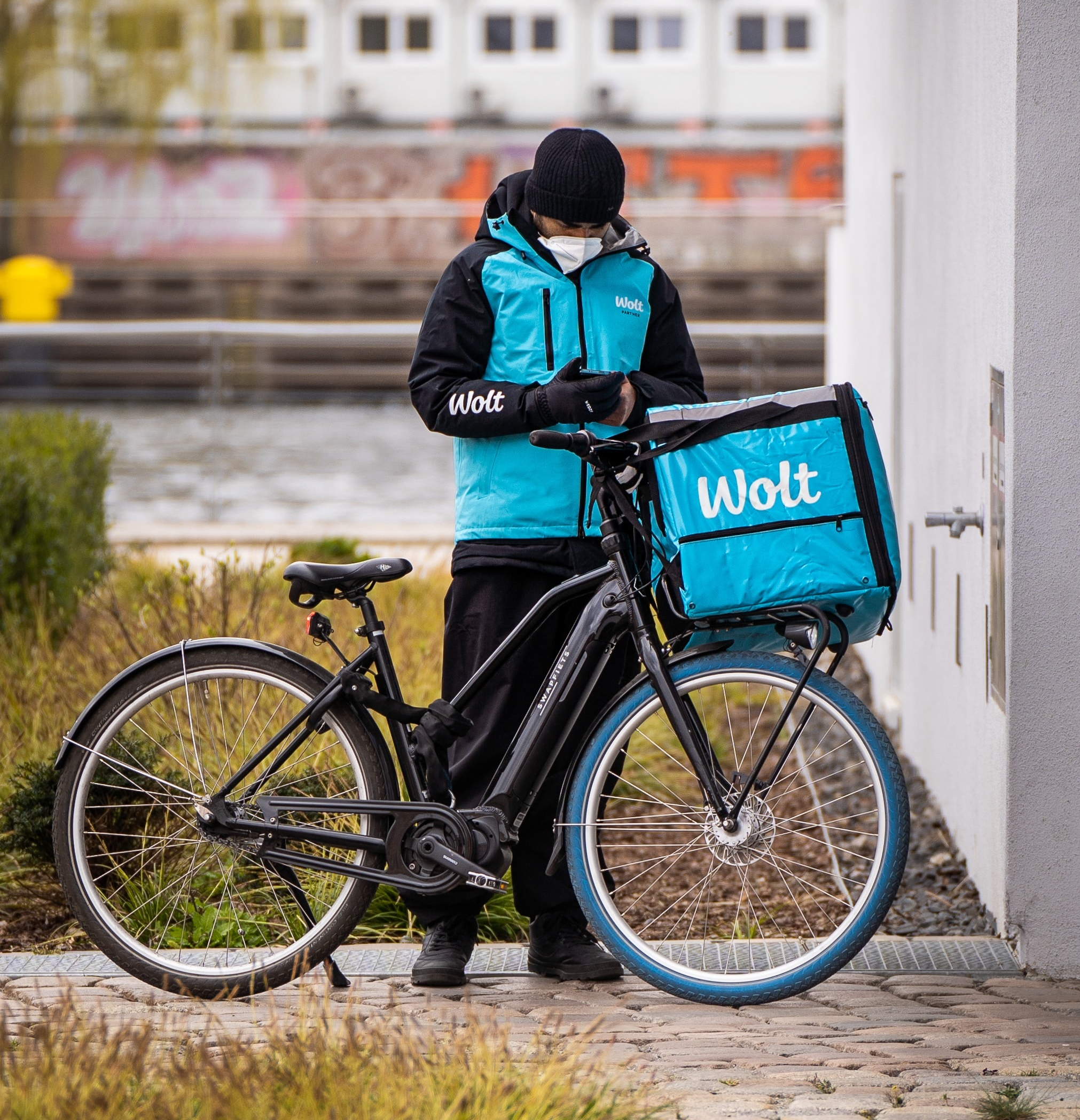 Photo by Mika Baumeister on Unsplash

Wolt is a delivery company active mostly in post-socialist Europe and Scandinavia. In August 2022, they published their first “algorithmic transparency report”. The 13-page document, which has not been independently audited, provides information on the company’s algorithms. It explains how restaurants are presented to customers and how the system treats riders, also known as couriers. The report only deals with freelance riders, not employed ones.

We asked three couriers in Denmark, Germany, and Slovakia whether the information presented in the report is accurate.

On many points, it is. For instance, delivery workers often lease accounts to minors or undocumented migrants for a fee. Wolt writes that they strictly forbid the practice, and the three couriers agreed. They also agreed that they could easily contact Wolt’s support team (workers at other delivery companies, such as Gorillas, often complain about the issue).

Regarding the earnings, some delivery companies such as Instacart in the United States, introduced opaque algorithms that leave workers in the dark. Wolt has a clear payment structure, divided between a task fee and a distance fee. The riders we talked to confirmed that earnings were transparent. One even added that tips, a non-negligible share of his income, are visible in the app.

But some aspects remain murky. One courier told us that the distance fee was calculated as the crow flies, neglecting the layout of the streets (but this has not yet led to big differences, he added).

The main discrepancy between the transparency report and the couriers' opinions lies in the kernel of the service: the algorithm that dispatches orders. This is all-important. For a courier, a good day means that a lot of orders over short distances come in, in the same area. A bad day is when he has to drive across town to deliver only a handful of orders.

Wolt claims that its algorithm “in general tries to minimise the kilometers to be driven.” But the riders we talked to had the feeling that they were sometimes sent randomly through the city. They said that the algorithm even makes mistakes in rare cases. For instance, when they carry two orders at the same time, the algorithm might send them to deliver the order furthest away first.

A more important issue is who gets the best orders. According to Wolt, the dispatch algorithm “does not use any kind of ranking or rating to determine which courier partner is offered a delivery task. Only the location and the type of vehicle of courier partners who have chosen to log online are used.”

AlgorithmWatch could not independently verify this statement. And couriers certainly do not agree with it. “The algorithm is fascinating,” a rider in Berlin told us. “What it does is clear to me, but even after [working 10 months for the company], I’m not sure how it works. Sometimes I have the feeling that the algorithm likes me, sometimes not so much.”

He said that while he was happy with the platform, riders who complained about poor earnings might be disadvantaged by the algorithm. “Maybe they are lazy and drive slowly, so that the algorithm gives them fewer orders,” he said, directly contradicting Wolt’s transparency report.

Another rider also thought that Wolt did not make the algorithm transparent. “It’s like a secret they’re keeping,” he said. In the transparency report, Wolt insists that riders are not rated by customers. Instead, “customers rate the delivery experience as a whole.” For the rider, this is precisely the problem. “We don’t see customer ratings. We don’t see what happens when we come late,” he told us, convinced that both factors influenced how the dispatch algorithm treated him.

Laurin Sepoetro, head of public policy and government relations for Central Europe at Wolt, agreed that further work was needed, but remained upbeat. “Our internal courier surveys show that more than half of our courier partner community feels that they are well-informed about how algorithms work on the Wolt platform. We have also shared information with courier partners either through courier partner websites or through our regular newsletters, but understand that this is a continuous process,” he said.

Wolt’s report is a welcome step towards more transparency. The company is currently gathering feedback before publishing a new version of the report, but did not say whether the next edition will be audited.

The provisions that the EU rules on platform work will lead companies to produce many more such reports. But they alone don’t offer enough information. Independent institutions, whether journalists, work inspectors, unions, or elected officials must verify their claims.

Edited on 9 December to better reflect that the report was only about freelance riders, and to correct Laurin Sepoetro's position.

How to unionize when your boss is an algorithm, and you’re self-employed