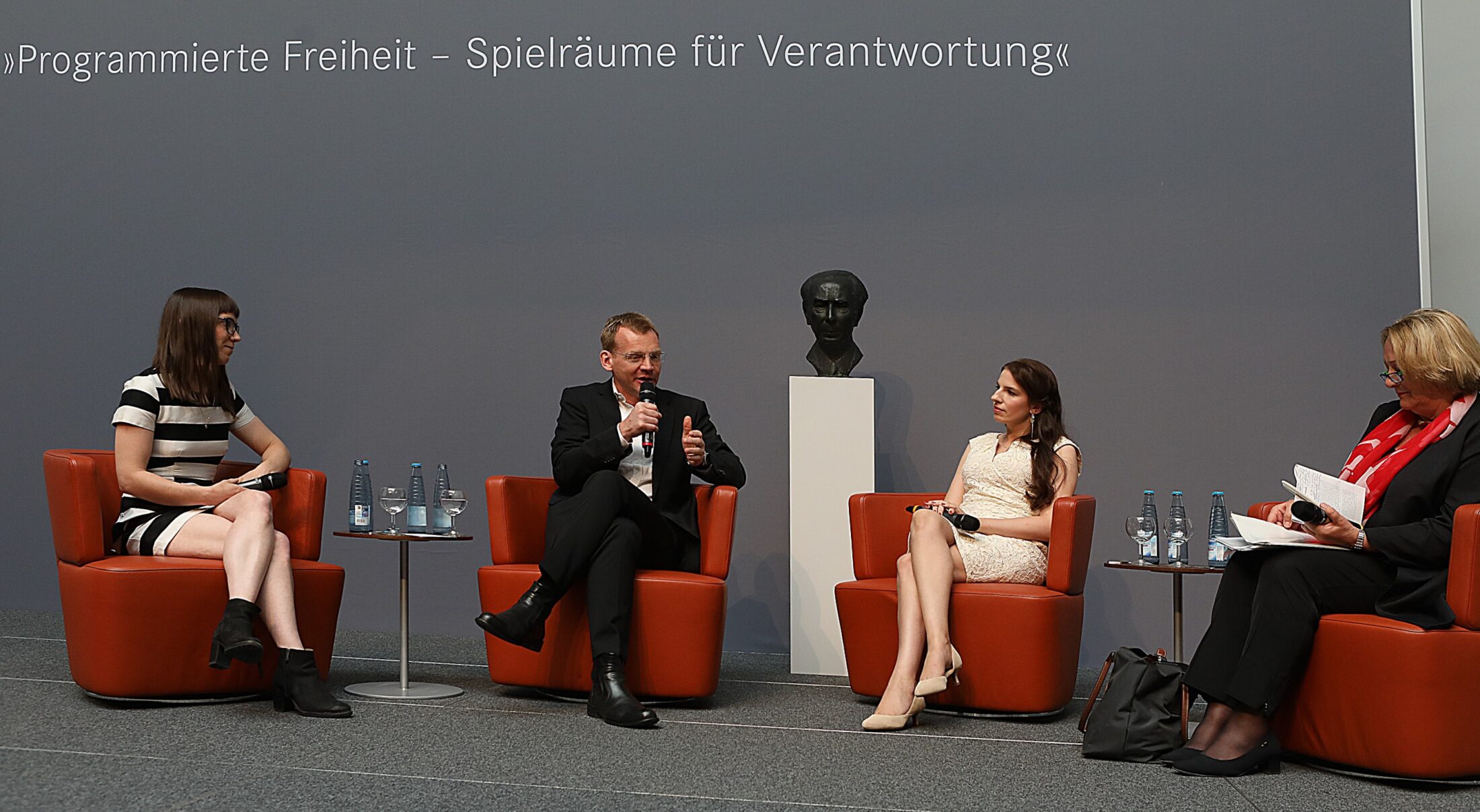 "A Theodor Heuss Medal for the year 2018 is presented to the organisation AlgorithmWatch for its contribution to a differentiated consideration of algorithms and their mechanisms of action. AlgorithmWatch is an initiative that aims to make complex data processing processes comprehensible so that they can be subjected to democratic control".

With these words Prof. Dr. Ludwig Theodor Heuss, Chairman of the Board of the Theodor Heuss Foundation, awarded AlgorithmWatch with one of three medals. This year's prize was given under the title "Programmierte Freiheit - Spielräume für Verantwortung" (programmed freedom - scope for responsibility) and honours commitment that promotes a social debate on the challenges of digitisation.

Further medals went to the online platform aula – Schule gemeinsam gestalten and Jugend hackt.. aula enables democratic participation at schools and thus uses digital communication to strengthen pupils in their political commitment. Under the theme "Improve the world with code" the participants of Jugend hackt together with the help of honorary mentors at prototypes, digital tools and concepts for their vision of a better society. Yvonne Hofstetter, who received the Theodor Heuss Prize, initiates debates in her essays and performances, wants to shake up and exacerbates the dangers of an all-encompassing digitalization.