Six years after the government announced plans for a national social credit score, Chinese citizens face dozens of systems that are largely incompatible with each other. The central government is planning an overhaul. 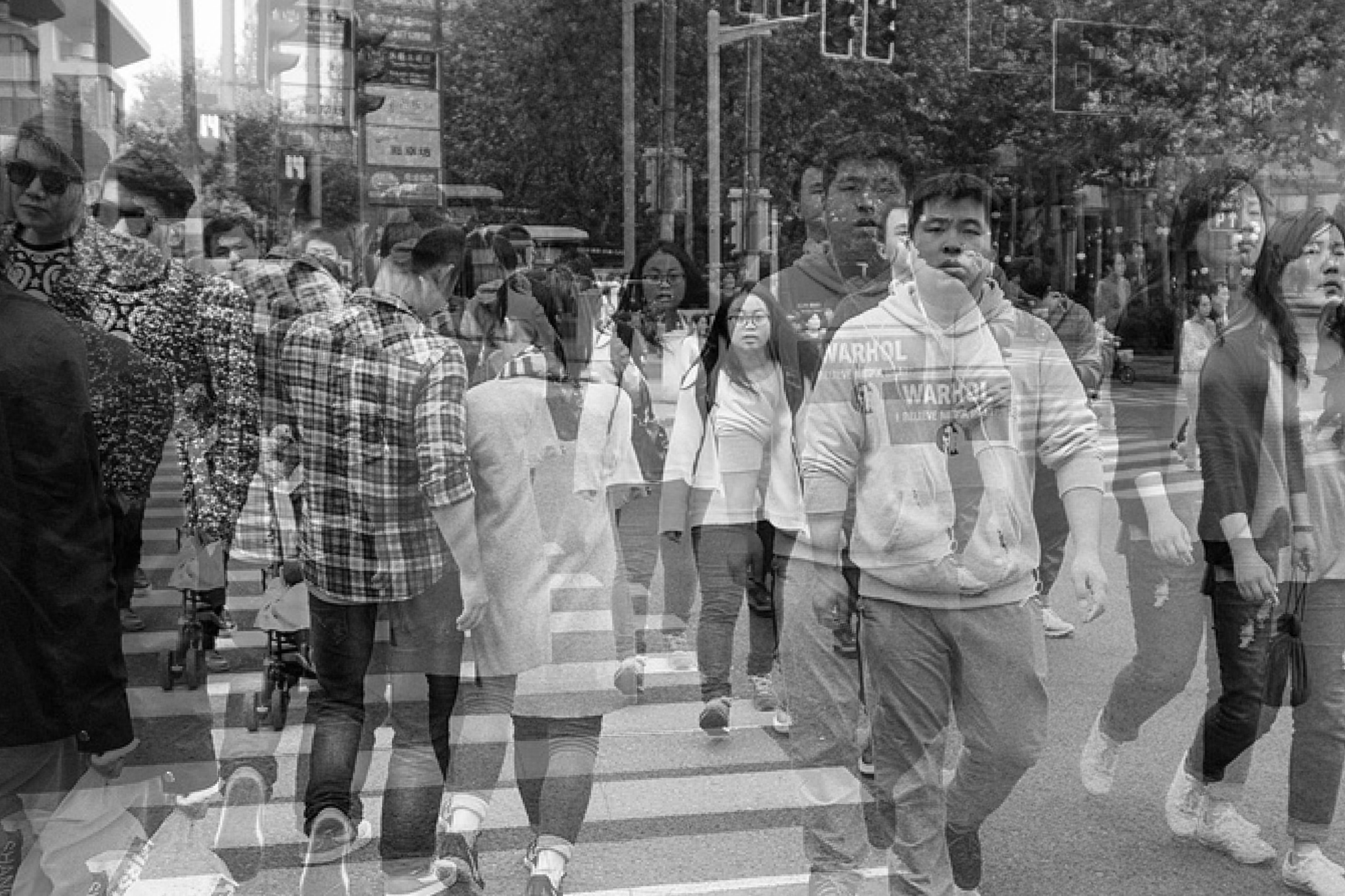 Research and planning for a national credit score in China started in 1999, according to Lin Junyue, one of the most important minds behind the system. It began as a research project led by the World Economics and Politics Institute of the Chinese Academy of Social Sciences.

China needed a social credit system, Mr Lin explains in an article, in order to regulate counterfeiting and fraud on the market. It would help China’s transition to a credit economy, where non-cash based tools like credit cards would be essential.

In Lin’s plan, the social credit system was carefully engineered. It listed eleven main sub-projects, including plans to educate the population to credit scores, a curriculum to train credit ratings professionals, business associations and more.

At the initial phase of planning, the credit system was limited to financial credit (social or political credibility were briefly mentioned). As in most credit scores, the system was thought as a disciplinary mechanism that punishes breaches of trust (such as not delivering on a contractual obligation) and shapes business practices.

However, in 2012, China’s National Development and Reform Commission (NDRC), one of the central government’s most powerful administrations, rode on the credit system wave to create a social integrity score (社会诚信体系). This project was not limited to financial credit but covered thoroughly the social and political realms as well. At the same time, China’s central bank was building a financial credit system, akin to a credit bureau. “It formed a pattern of parallel construction of two systems,” Mr Lin wrote in another article.

In 2014, the central government published the first major announcement about the social credit system. The document reflected the two dimensions of the project, moral and financial. It said that “China [was] in a critical period of economic and social transformation. The construction of a social credit system is an effective means of enhancing social integrity, promoting mutual trust and reducing social conflicts, and is an urgent requirement for building a harmonious socialist society”. Conflating the two dimensions without offering more detailed guidelines left ample room for interpretation.

Meanwhile, both NDRC and the central bank kept on working on their respective projects. NDRC’s political-social score garnered much criticism in European and US media, which often conflated it with the overall governmental project.

“In many people’s eyes, there is only one system, which is a misconception," said Liu Xinhai, a researcher at Peking University in an interview with BBC. In fact, China’s social credit system integrates both dimensions of “financial credit” and “integrity credit”. They were led by two separate institutions, NDRC and the central bank, and “the two systems are not connected. The understanding of ‘credit’ differs between both organizations. There is no theoretical basis for the social credit system, there are many departments involved, and it is not clear what information needs to be shared”, Mr Liu explained.

Private companies, too, were invited to play a role in the national credit system. They built commercial credit scores, sometimes linked to loyalty programs, of which Sesame Credit is probably the most famous example. Developed by Ant Financial Services, a company owned by Jack Ma, who is also the owner of Alibaba, it uses data from multiple sources, including online platforms, to rate the credibility of users. In 2018, the central bank denied Ant Financial Services, along with eight other credit rating providers, the license needed to operate as part of the national program. But absent a national law on social credit, it is unclear whether that license is relevant. Many experts assume that the future national credit score will make use of private sector data anyways, a prospect made more likely by the rumored nationalization of Ant Financial and Alibaba.

China’s social credit system is supposed to control the trustworthiness of not only individuals, but also companies and government entities.

However, in reality, it focused more on companies and individuals. Government entities are both “the referee and the athletes of a race,” as Wu Jinmei, a professor at Renmin University of China, puts it. Ms Wu argues that the social credit system, in its current form, is very chaotic, with too many actors involved. The lack of central coordination and the absence of an underlying legal framework are the fundamental reasons for the chaotic situation, she says.

Shao Zhiqin, vice chairman of Shanghai’s municipal committee, concurs. The chaos is a reflection of the lack of a framework for the social credit management system, he argues. This makes the local authorities lose the general direction.

China did not develop a unified credit information collection and classification management standard. Instead, each region and each government department built their own credit platforms. As a result, information sharing is very difficult. Various departments and local authorities have from time to time competed for dominance in the construction of the credit system, based on their interests, leading to further inconsistencies.

Implementation at the municipal level brought more complexity. Cities and districts of province-level cities like Beijing and Shanghai are the basic units of the credit system. At this level, the approaches led by the central bank and NDRC are largely intertwined, and local authorities must heed the calls of both organizations.

In 2015 and 2016, the central bank and NDRC picked 43 pilot cities or districts to test the concept. In 2018 and 2019, they settled on 28 of these to start the pilot projects. Each of them has the autonomy to decide on its own scoring criteria and to design a punishments-and-rewards system.

Suzhou, a city of 13 million near Shanghai, launched the Osmanthus scoring system in 2016, named after the city’s renowned flowers. According to the city’s local website, the score covers 22 categories and 243 items. Some of these are common in financial credit, such as unpaid loans and payment delays. Others less so. The score includes awards received, volunteer service, health status, for example whether someone is tested positive for Covid-19, traffic violations and more.

Shanghai has Credit Shanghai, which was upgraded in 2020 to its third version. Shanghai residents are not the only ones to be rated. Companies and service providers are, too. Users of the app can look up the scores of lawyers, real estate agents, tourism companies and more.

The systems of different cities are not yet integrated together. The information they collect, the evaluation mechanisms they set up and their applications rarely match. Suzhou residents can borrow books using their Osmanthus account, for instance, and citizens with a higher score can borrow more books. But most other local credit score systems do not share this feature.

Doubts linger regarding the actual usage of credit scoring apps. AlgorithmWatch asked several residents in Suzhou about the Osmanthus system. Out of five people who had heard about it, two had never used or checked their account. Suzhou officials claim that the system covers all of its 13 million inhabitants.

In 2015, China’s Supreme Court issued a judicial interpretation that called for a regulation on the restriction of “high consumption”, in order to “foster the construction of a social credit mechanism”. Instead of a score, the judiciary went for blocklists. People who fail to abide by the terms of a court ruling can be added to a series of lists. These lists are shared with other organizations, such as airlines, high-speed train services and luxury hotels, which must then restrict access to blocked people.

Two years later, in 2017, the Supreme Court went further. A new list would track “discredited individuals”. Information on people who are already on the blocklists can be shared with operators of credit scores. Some cities use the blocklist in their local credit scores, but the blocklists do not incorporate data from municipalities yet.

According to the most recent statistic available, by the end of June 2019, courts nationwide had 27 million people on the blocklist restricting air travel and 6 million on the one restricting access to high-speed trains. 14 million of these were also on the list of “discredited individuals”. This represents about one in every hundred Chinese citizens.

The competition between different state commissions and local authorities led to stretching the definition of “credit”. In November 2019, the National Health Commission asked to incorporate blood donation activities to the good behaviors recorded in the social credit system, in the hope of motivating people to donate blood. Although some cities, like Suzhou, already used blood donation in their credit scores, the Health Commission’s move triggered fierce discussions within China.

Wang Lu, former deputy director of the credit center of the central bank, wrote that almost all social problems, from all walks of life, are now loaded into the “basket” of social credit. This could blur the meaning of a single credit score.

Public opinion is starting to shift. According to Xinhua, the state-owned news agency, 70% of people who took a survey initiated by multiple media outlets in July 2020 expressed concern about misuse of the social credit system.

However, many still say they agree with the system’s purpose. “Social scoring is not a bad thing”, a retired school principal in Shanxi province told AlgorithmWatch. “Nowadays we don’t know who we can trust, with the poisoned milk powder, and gutter oil used for cooking. I think it’s good that a system is in place to ensure a certain level of trust”, she added. “I am not worried. It won’t affect me and my family, it’s to punish the dishonest people who don’t pay their debts.”

In December 2020, the government missed the deadline it set itself in 2014. However, it issued guidelines for further improvements. It highlights the importance of central legislation and lays the ground for a future national law on the social credit system. The government says that local authorities misapprehended the definition of “bad behavior”. Spitting in public and fare dodging should not be part of the credit score, for instance. Only illegal activities defined by law should be in this category, it said.

The government is determined to pass the law that will bring much-needed clarity to social credit systems. The only unknown is when. Until then, the motley collection of credit scores, ranging from city-level schemes to commercial credit scores and national blocklists, will continue to confuse Chinese citizens – and European journalists.